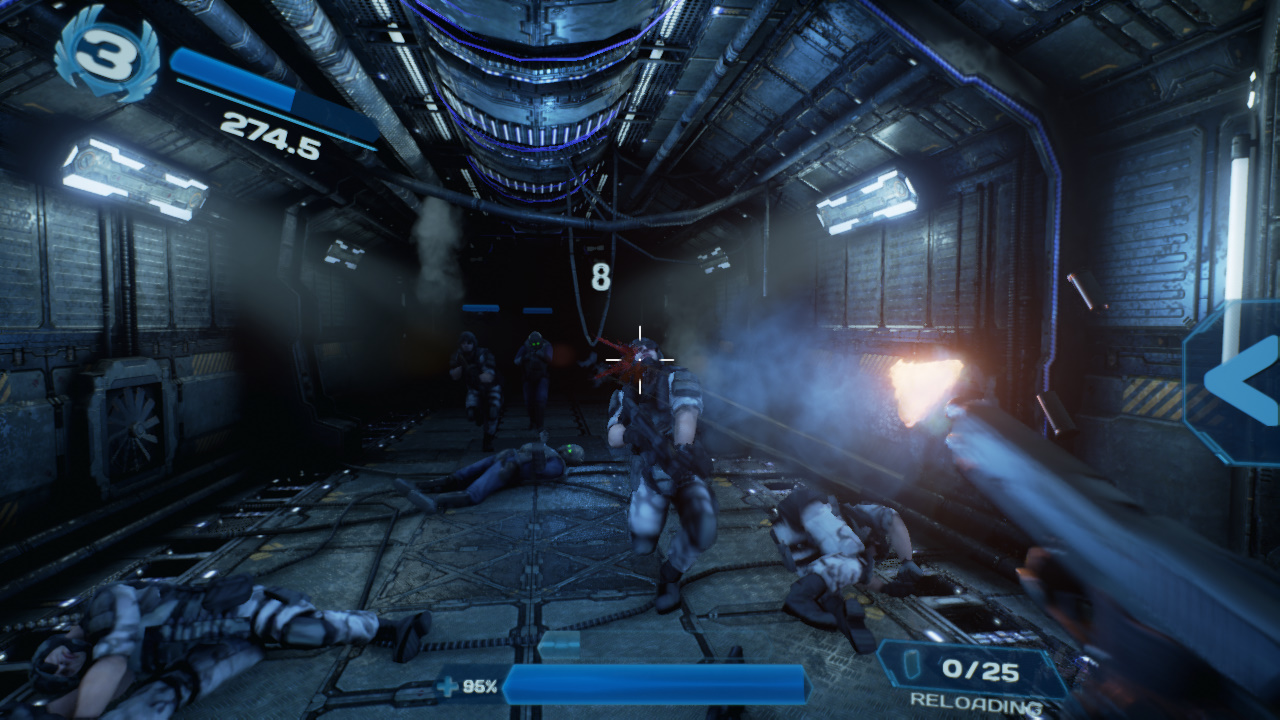 This time I would like to implement easy to kill “meat” enemy.  Which should:

This will be more advanced tutorial but I think if you did earlier tutorials it shouldn’t be hard for you!

In this post I will use Elite Trooper from 3dmodels-textures. It’s cheap but for this price it’s lacking good skeleton and animations.

I have imported elite_trooper_helmet1_nogun.fbx I will add weapon separately. You could add helmet separately as well if you like – the same way as weapon.

It’s needed because I will be blending this anim with run animation in 1D blend space. 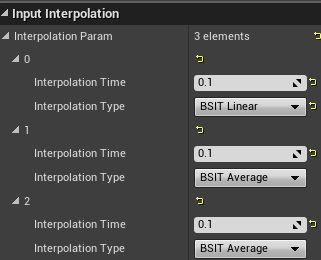 Open those files and:

Remember to do that in both Hit animations.

Create another anim montage from elite_trooper_helmet1_nogun_Anim_Idle_Reload. In Details Panel change End Time to 2.666.

And last anim montage from  elite_trooper_helmet1_nogun_Anim_Idle_Shoot

You are done preparing animations.

Create physical asset from skeleton. If you don’t know how to prepare physical asset for ragdoll please read earlier post, there is great tutorial here. Creating phys asset takes time – you can spend half of a day with it. To help you out here’s the bones which should have bodies:

Remember to put Physical Materials on all bodies!

Import Gun.fbx file as Static Mesh (Import As Skeletal should be turned off) with Uniform Scale 17.

It should be near muzzle.

CapsuleComponent should have Custom collision preset with Block everything instead Projectile. (if you don’t have Projectile preset please read earlier tutorials)

Add another component – Particle System from P_AssaultRifle_MF which can be found in Shooter Example game from Epic Games.  AutoActivate should be set to False.

Attach weapon to hand and muzzle flash to weapon. Tell enemy if should crouch from start. Animation Blueprint will support crouching to player.

Basically it fire shoot animation and activate muzzle flash. Then it’s waiting for animation to complete – disable muzzle flash. Decrease bullets and check if we still have bullets. If yes – shoot again, if not – reload the weapon.

Just move near player and if near call OnNearPlayer.

And that’s all in enemy blueprint!

We will use a lot of features in Animation Blueprint this time so as always take your time with it.

Create new animation blueprint from the skeleton – remember to go back and select it in enemy blueprint!

Create those variables in animation blueprint:

Here’s the Update Animation Event. We are just getting information from enemy blueprint and pass them to anim bp.

USEFUL TIP: Character Movement supports Crouching that’s why we can use IsCrouching bool from it. You could implement this by yourself adding new bool to enemy blueprint. 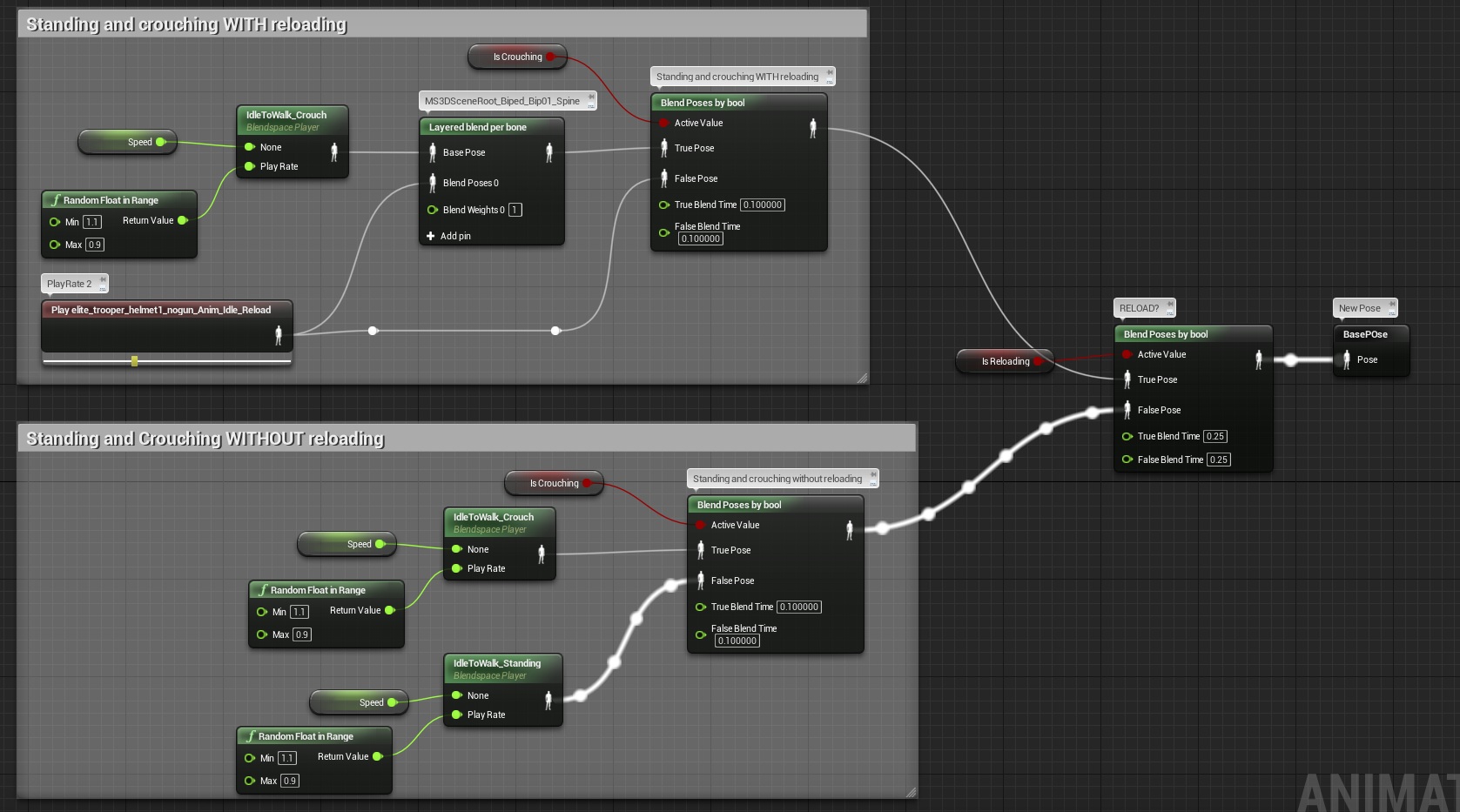 It’s deciding if using standing and crouching with reloading animation or without it. I’m using Layered Blend Per Bone node which is only animating top part of the reload animation – because legs in reload animation aren’t crouching. They are standing. When buying assets from stocks you will use this node a lot because most of them are lacking animations.

And here’s the rest part:

It’s using Look At node to be sure enemy is aiming toward player. Trooper skeleton is weird and I haven’t find good method for rotation. That’s why I needed to add some offset to the bone using Transform Modify Bone.

That’s all in animation blueprint! Your enemy should be animating now!

Last thing is to make sure enemy is shooting at player. I will use earlier created Notify_SpawnProjectile blueprint for this.

It need to be updated thou. Please open it and add new variables:

Here’s the updated graph which will do spread if needed.

Before we could use this notify in Shoot Montage we need to create projectile.

Add new Particle System component from P_AssaultRifle_Tracer_01 which can be found in Military Weapons Silver package.

I’m doing this because projectile will bounce and can hit other enemies.

I will use Homing Projectile to be sure projectile will be traveling to player.

Select CollisionSphere and make sure Collision Preset is Custom – ignoring everything instead of Pawn.

It’s checking if projectile hit player or enemy. Your projectile is ready!

And that’s all your enemy is ready! 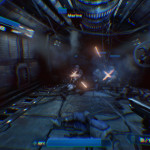 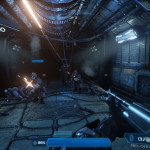 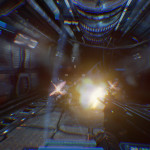 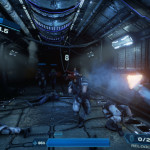 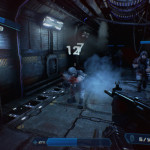