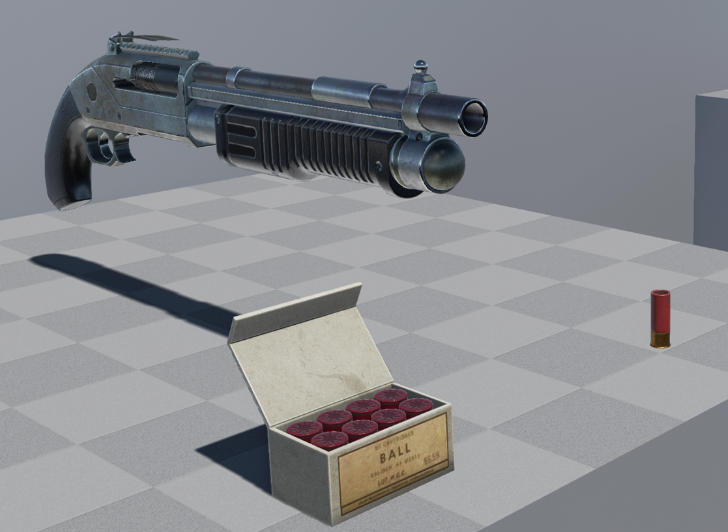 In earlier post we have added shooting functionality for base weapon. Now let’s upgrade this class to support Shotgun that came with Military Weapons Silver package.

Open BP_BaseWeapon and add those variables: 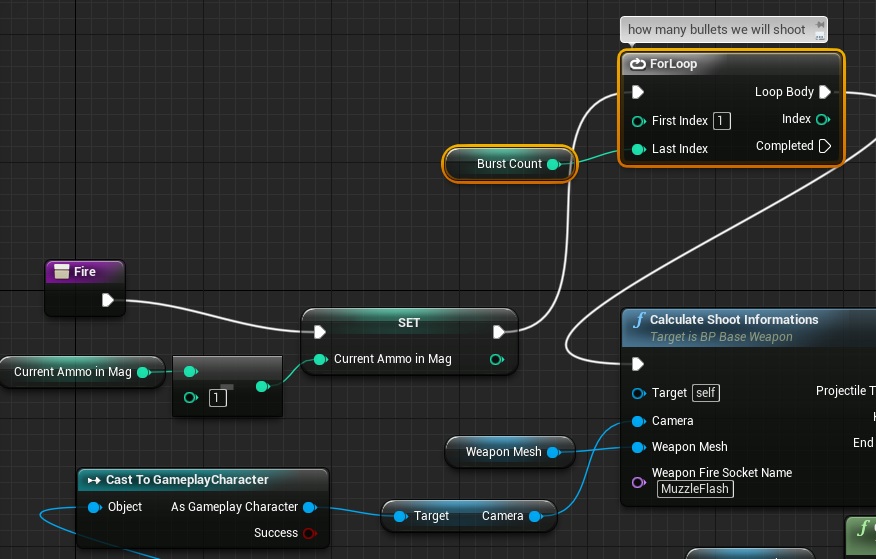 Now we need to update Reload event in GameplayCharacter to check if weapon should be putted down when reloading.

Add new event dispatcher: Shotgun_IsReloading with one input: IsReloading (bool) it will be used to communicate with animation blueprint. It will be called each time reloading animation will be played.

So we are just setting up variables. Event graph is just used to play Fire animation which is available in the package.

In this example we will drive whole firing and reloading using Anim Notifies.

Animation Notifies are great thing and we will use one here.

Create new Blueprint extending from AnimNotify and name it Shotgun_SetReloading.

Open it and create one variable:

If you open Fire animation (Fire_Shotgun_W) you can add notify when weapon is in place where animation is reloading the weapon.

If you select added notify you can change IsReloading bool value. The first one should be true and next false – it means that it will finish reloading in place where animation is telling this.

You can create shell particle as we did earlier for pistol. And you can add PlayParticlEffect notify to spawn it using animation!

Now your weapon should have firing and reloading functionality.

This is the hardest part but you have learnt a lot about TwoBoneIK and Transform (Modify) Bone in earlier posts. Go to HeroFPP_AnimationBlueprint and add those variables:

In UpdateAnimation add another pin to Sequence and add ShotgunRecoilAlpha interpolation.

Now in Animation Graph. I won’t tell you exactly what to do here – you should be able to do it by yourself if you read earlier posts.

Here is my ShotgunIdle Pose. Just using Transform (Modify) Bones to move hands so they fit Shotgun. You should read How to Add Weapons  if you don’t have shotgun placeholder animation here when you change CurrentWeapon enum in animation blueprint preview. 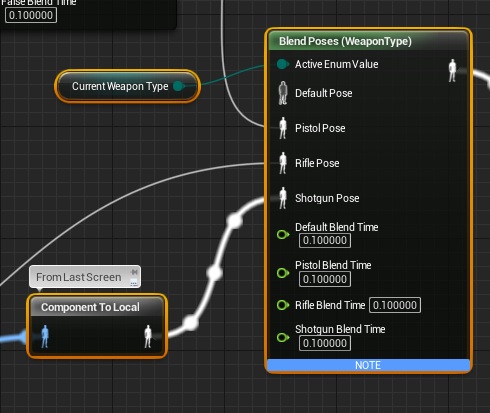 Take your time with using modify bone. Thanks to Epic you have preview and you can check out everything what you are doing if you don’t have any cast to nodes in your graph!

One thought on “Creating Shotgun”