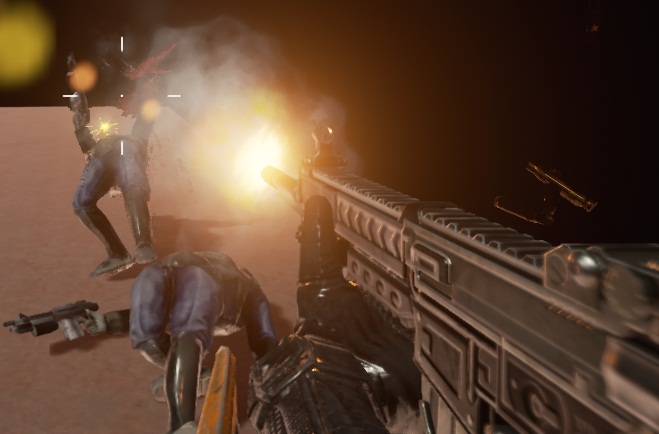 BasicWeapon blueprint now supports a lot but it isn’t supporting automatic fire like assault rifles have. It will be really simple to implement now.

Basically I will implement almost all of the weapons from Military Silver Pack and then move forward with gameplay. I want to have BasicWeapon functionalities fully implemented and tested out.

For those who haven’t read earlier posts you should implement BasicWeapon blueprint to get this working. So check out earlier posts!

And one new function:

Go back to GameplayCharacter and add new custom event: StopFire.

So now we are driving input (only PC for now)

Go to BP_Weapon_AssaultRifle (we had created it earlier) and fill variables: 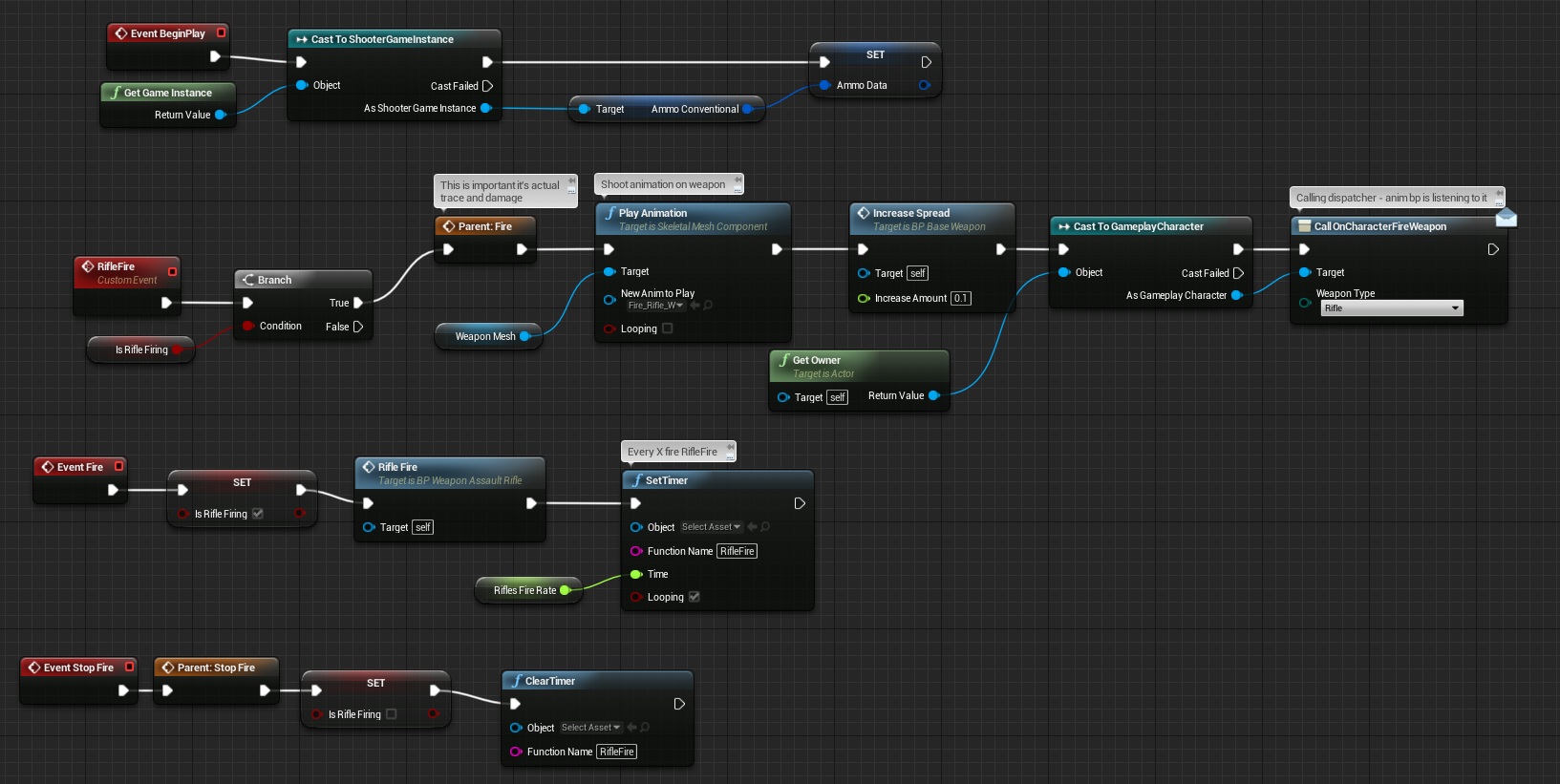 In HeroFPP_AnimationBlueprint. If you were reading earlier posts you should be able to do this by yourself. It’s the same thing:

Now in event Initialize Animation we need to know when we are firing and when firing ends. 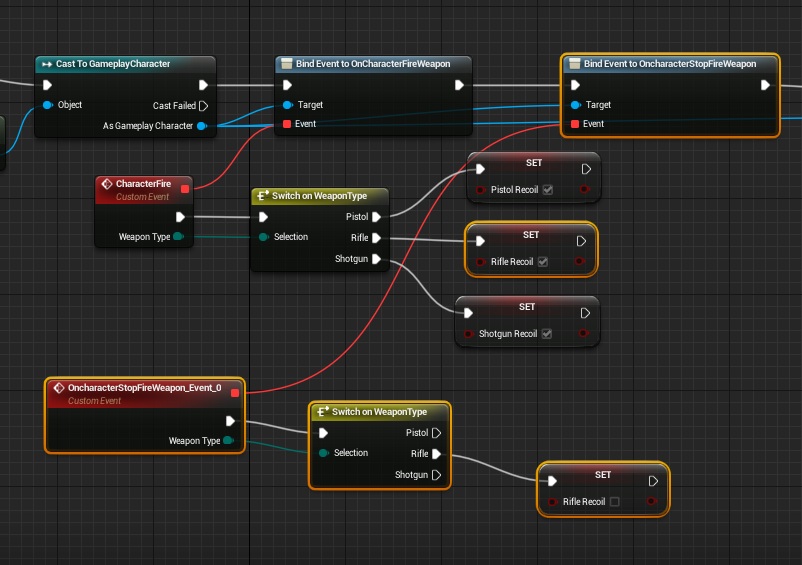