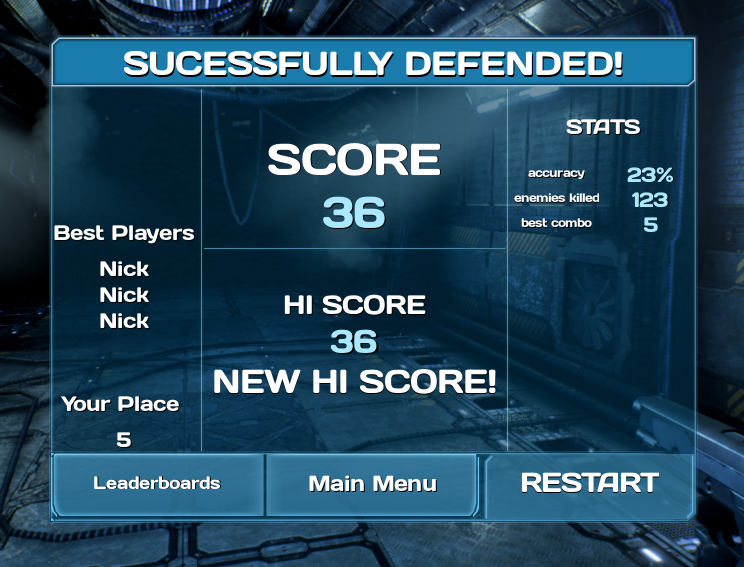 In this Tutorial I will focus on basic summary screen and game loop:

Stats and leaderboards will be added in separated tutorials as I will do much more complicated stuff there.

In ShooterGameInstance there is Levels array which stores hi-score for each level. Before moving forward open Save_Instance save class and add the same Levels array.

Now update Save and Load functions to store / get Levels array:

Now create new function named CheckIfNewHiScore? It should be pure:

And the most important one: SubmitHiScore. With one local int variable named Index:

Please read the comments on the blocks as it is critical how to use Find In Array node after changing some values.

Functions to open Menu or Gameplay

Next part is to create functions that will open main menu map and gameplay map selected by player.

That’s all in Game Instance!

This UMG is complicated and the best way would be watch Live Stream.

Before moving forward Widget_AnimatedText need to be updated. Open it and these variables:

Now just use Construct to check the bool:

If you don’t have Anim Text function you should read tutorial about Level Selection. (Creating Animated Text Widget part)

Hierarchy can be found here:

And another one named UpdatePointsAndHiScore: 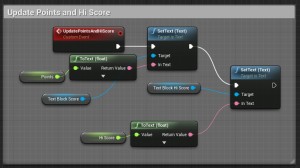 These are just simple events changing widgets on variables changes.

Now UpdateData custom event which will call all of those events: 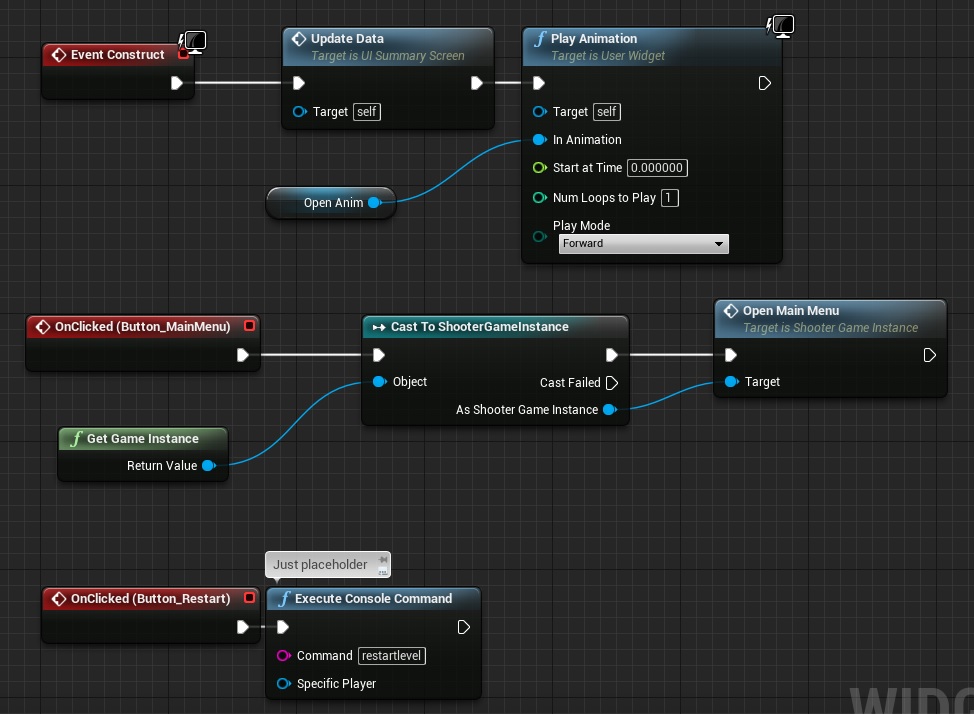 We need to know when game ended and if player was killed.

This is basically checking if there is new hi score – if yes it’s submitting it to ShooterGameInstance.

Create another function named ShowSummaryScreen with: 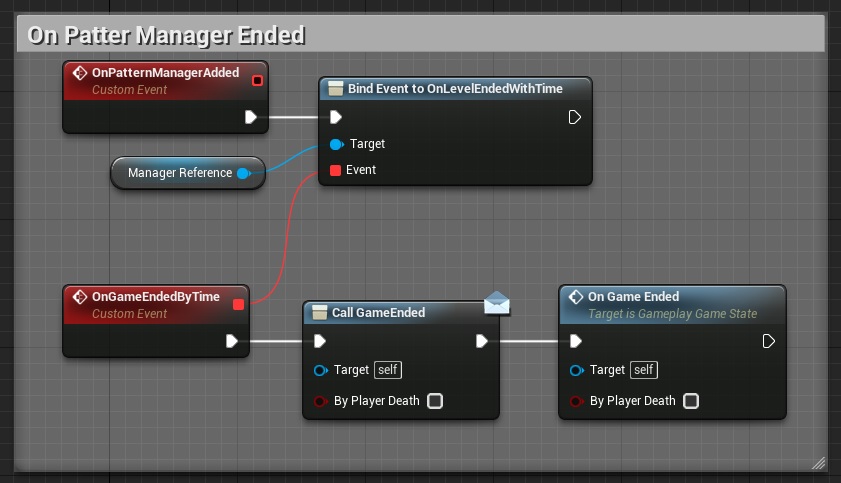 Now we have end game communication. Both for player death and level finished from pattern manager. 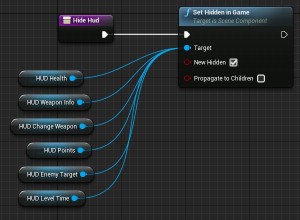 Its just hiding all 3d widgets.

Make sure your begin play calls BindOnGameEnded and earlier created function Spawn Weapons (did was called by Debug UI, now it’s time to call it properly)

So it won’t be shown if player is dead or patter manager ended.

First open the UMG – UI_LevelSelection and add OnClickedPlay dispatcher which should be called on Play button:

In UI_LevelSelectionActor there is a lot of bindings in Begin Play to communicate between level selection and weapon selection. The problem is that 3d Widgets in Standalone Game aren’t loaded in Begin Play, they need more time to load so Get Widget Class will result Null.

In the end of BindWidgetEvents (which was Begin Play earlier) make sure you bind your OnClickedPlay from UI_LevelSelection:

This way I’m passing the data to Game Instance.

But if we don’t have Begin Play now all of the bindings won’t be called. In this example I’m triggering the Widgets when player is near so I can use this event to call BindWidgetsEvents.

This way Widgets will work in Standalone Game.