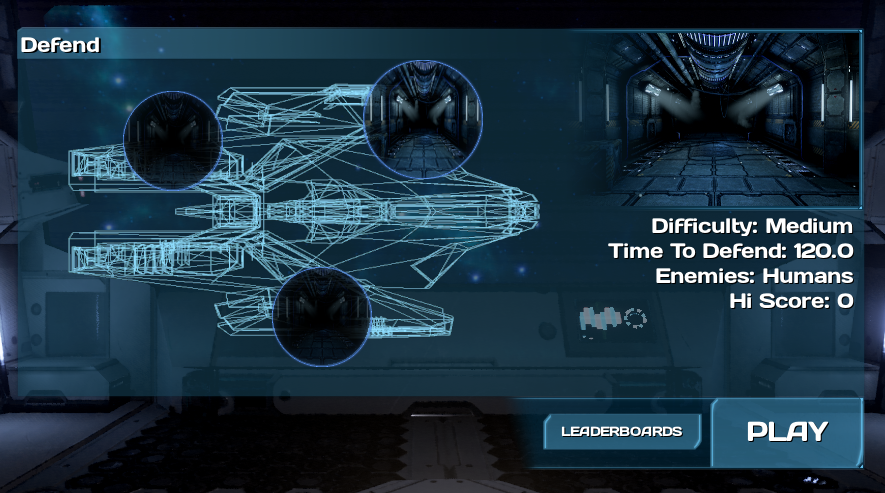 Moving forward with level selection screen. This time I will create:

I won’t use isUnlocked now but it will be needed in later tutorials.

It’s easy – open your gameplay map and create screenshot. Resolution depends on you. Mine have 200×114.

Import the screenshot to content browser and create material from it named M_Level0_Icon.

I don’t have enough Photoshop skill so I’m using material to create the icon. Later in development I will update this to simple texture without the material.

Now I need border – again this can be added to the texture directly without using material.

You can take the same screenshot but with bigger resolution. Mine is 606×346. Create Level0_Background_Mat material:

Again – this can be done in Photoshop without using materials!

I will use wireframe material feature for this. Download this asset and import FBX file to Content Browser. I will use early created map for icons which was described here.

Create new material which should draw wireframe of the mesh:

Place your ship in the level assign the material and just create 1024×1024 screenshot.

You are ready to go! Assign your icon and background materials to Levels array created earlier! For now I have only one level so levels have the same data.

Because UMG doesn’t have OnHovered event in Buttons we will use global functions. To do this override OnMouseEnter and OnMouseLeave functions: 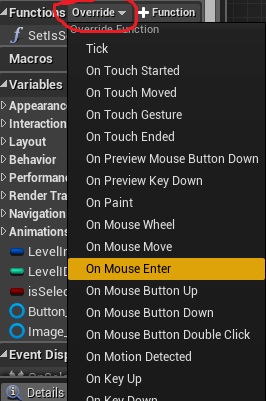 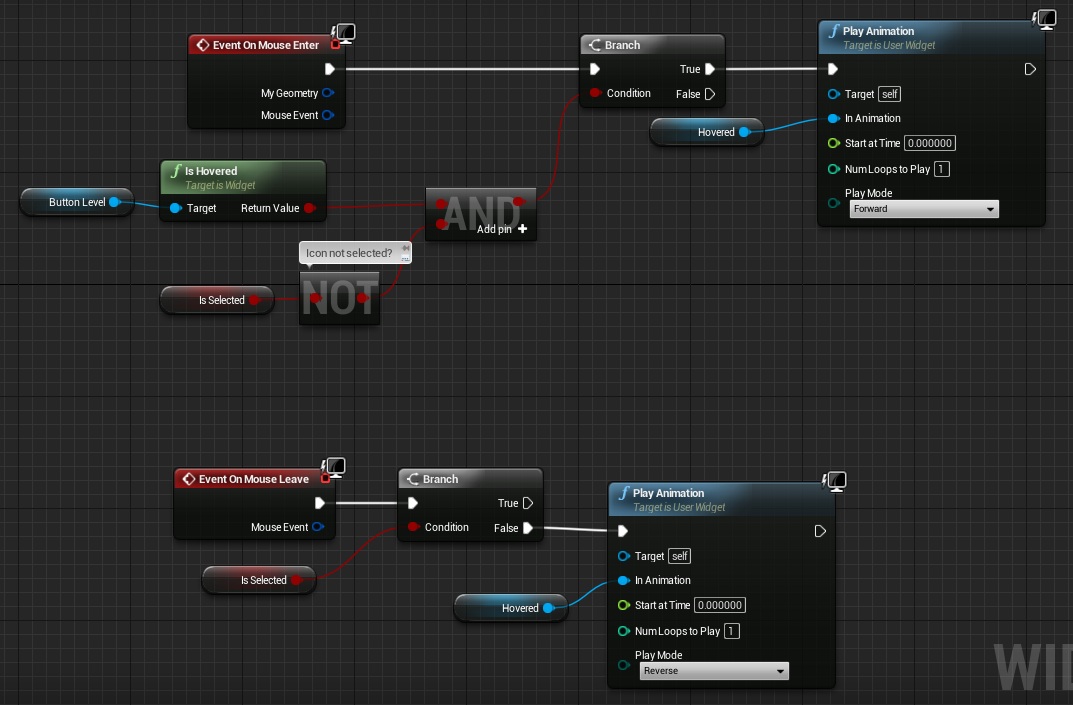 Thanks to this we know when button is hovered and when not. I’m playing scale animation:

Now the last thing. Manage clicking on the button.

Why MakeDefaultButton is needed? I want to select first level icon when opening the level selection screen. This will call OnSelected as well.

I will use knowledge from last tutorial about subtitles. Create new widget named Widget_AnimatedText.

It should contain only Text (is variable should be set to true) without Canvas Panel!

You should know this already after subtitles tutorial.

This is just triggering the animation and making sure variables are reset. 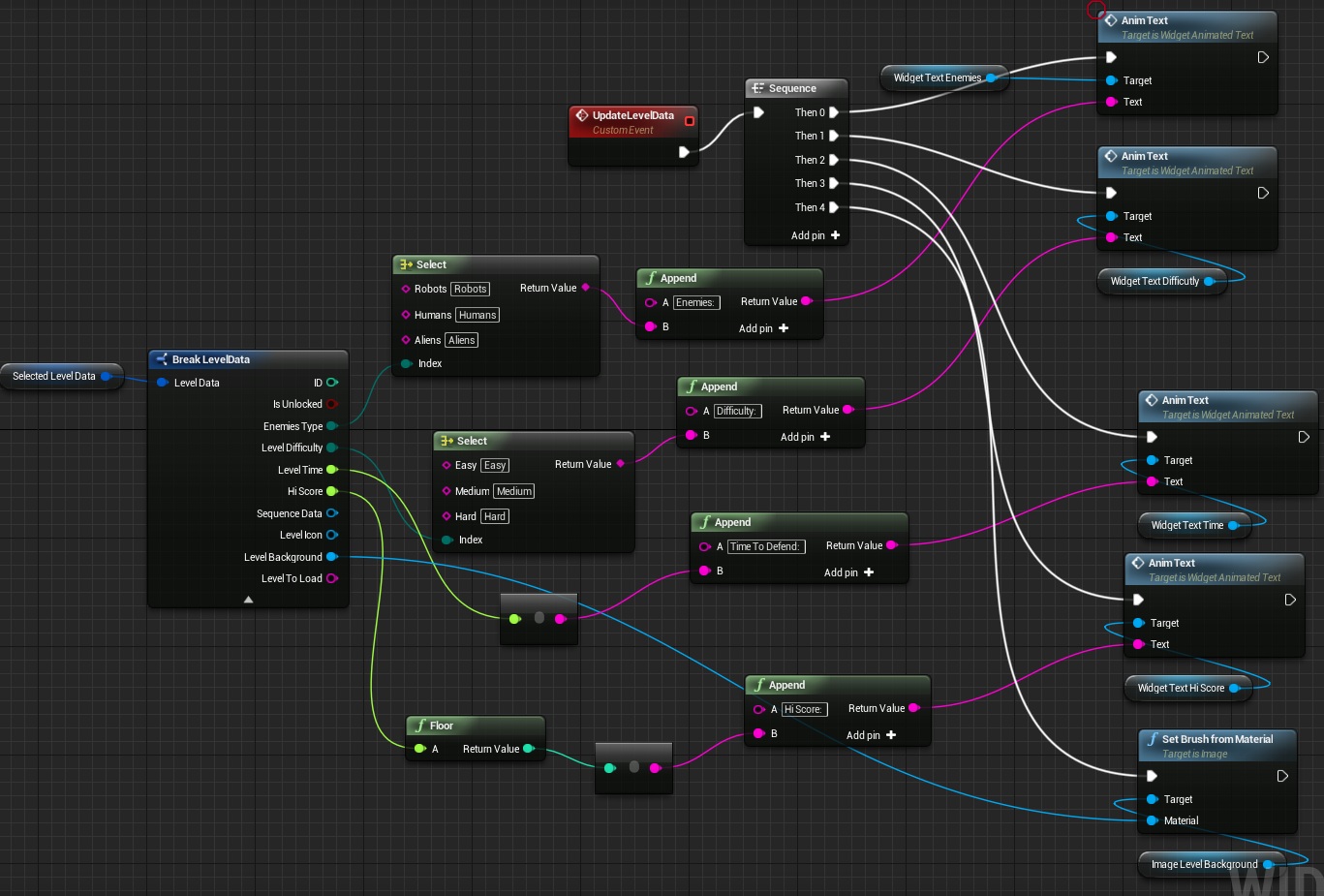 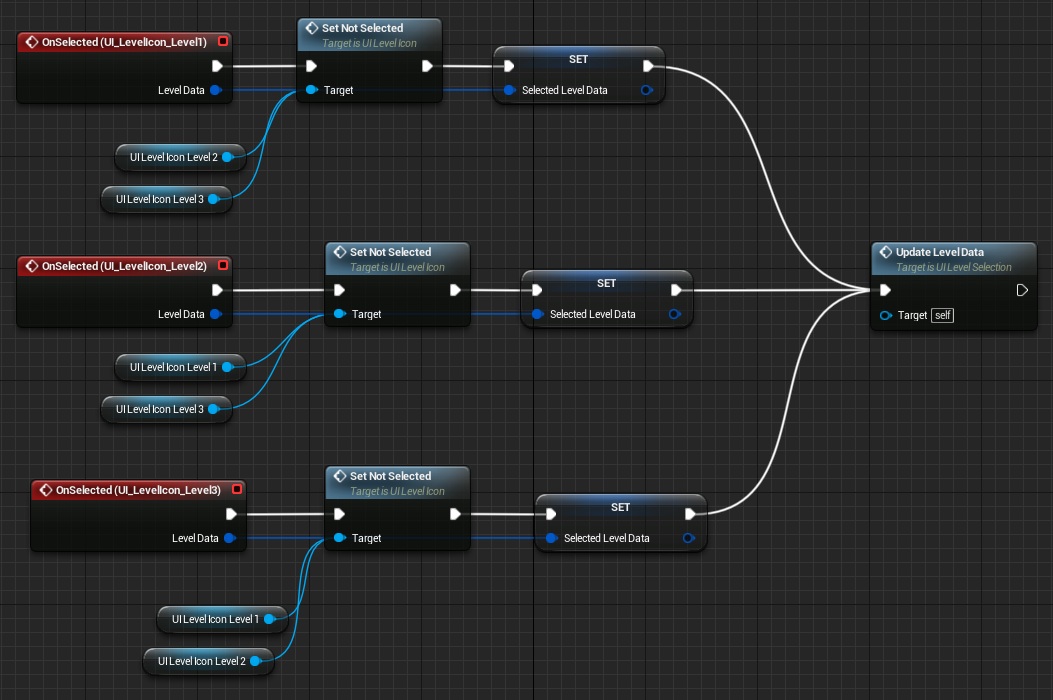 This is getting LevelData from Icon and pass it to UpdateLevelData event. It’s making sure all other icons aren’t Selected.

That’s all here! The best way to test widget is to open Level Blueprint and add these:

I’m using Screen space because there is an issue in 4.9 with buttons in 3d widgets.

Place this actor in your main menu level and you can test it out!