Creating Save/Load functionality in Unreal Engine 4 is really easy. I want to test out weapon upgrades and without save / load I can’t.

Create new blueprint extending from SaveGame. Name it Save_Weapons.  We need to save variables which can be upgraded so add those to Save_Weapons:

Save the file. Basically it contains all variables needed for upgrades.

USEFUL TIP: There is one rule when working on UI. UI is about showing data. It shouldn’t make changes to other classes variables. It shouldn’t have any mechanics. UI should be used only for drawing things.

I specially broke this rule in last tutorial. Upgrading AmmoInMag and AmmoInBackpack was calculated in UMG.  I will start fixing this.

After compiling it should automatically be replaced in UMG. Make sure to check this out.

There is one bug in UMG in previous tutorial. Functions Upd_AmmoInMag and Upd_AmmoInBackpack are using CurrentAmmo* and not MaxAmmo* I needed to replace it. 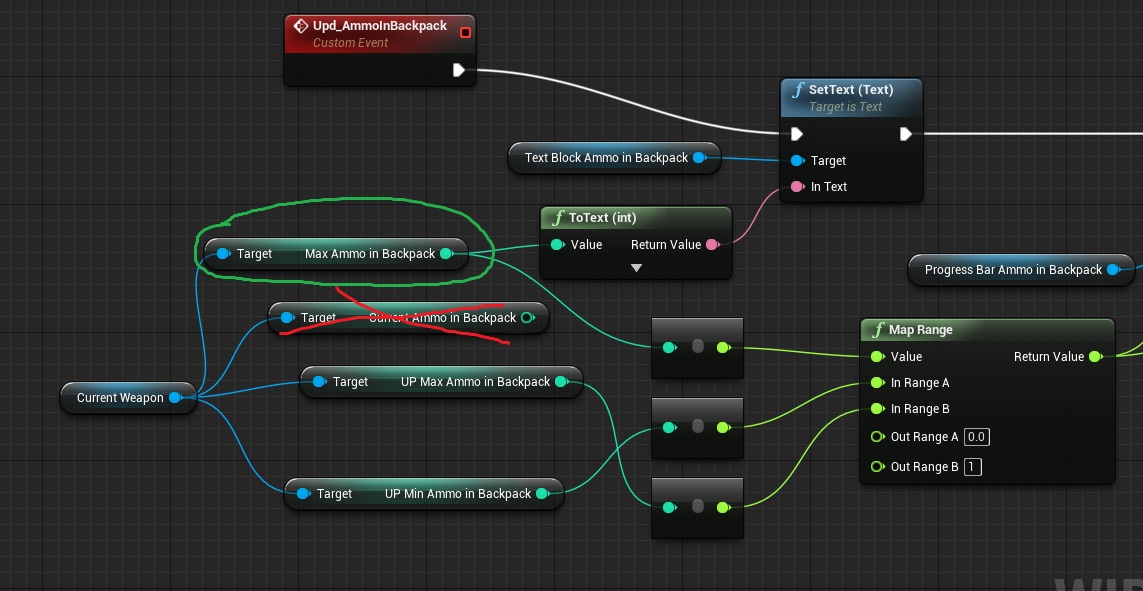 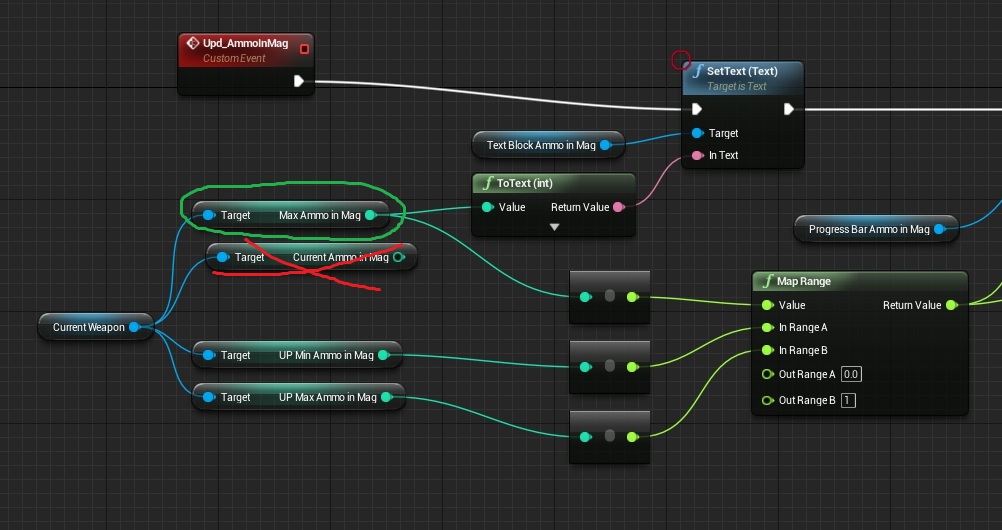 You are ready to go forward now.

This is just reuse of what Epic documentation page says. I’m using weapon name as Slot Name – thanks to this I have only one function used by all weapons. Be sure your weapons doesn’t have the same name! (btw. what you could do you can add possibility to change weapon name in UMG)

Now in every Upgrade* function add SaveWeaponData in the end. Those functions are:

And you are done!

To fix this open UI_Weapons and go to Begin Play. Iterate thru all weapons and make sure they have loaded their data. Then let UI know to update.

And now you are done.

USEFUL TIP: In your project folders there is SavedGames folder (UnrealProjectsShooterTutorialSavedSaveGames) which is storing all saves. To test if save is working you can delete those files to get back to point where you have clear game.