My stationary shooter needs to have enemy that is able to walk on walls. Thanks to that player will be forced to aim on walls / ceilings. Enemy specs: 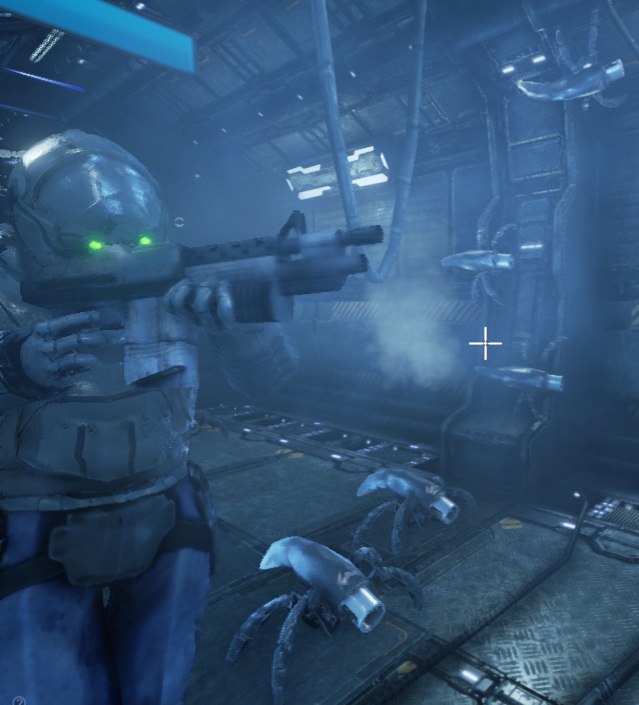 This spider will have some restrictions:

I have found C++ implementation of exactly the same thing I’m doing here. If you are more advanced UE4 user you can read his implementation.

First of all let’s import Spider. This post can be helpful.  (download link is broken, here you can download whole spider blueprint and mesh with animations. Place it to BlueprintsEnemies folder)

This part is critical if you change rotation of something it won’t work! Be careful when creating hierarchy. 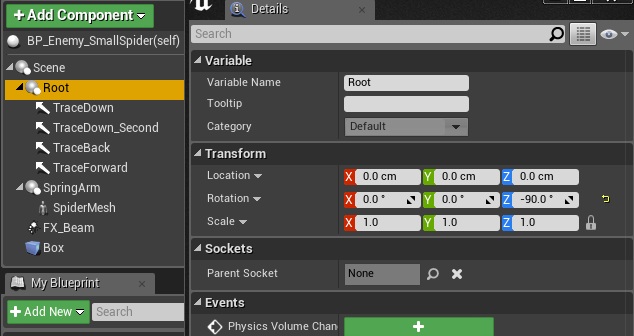 Those are critical because they are used to check walls and they are driving movement. 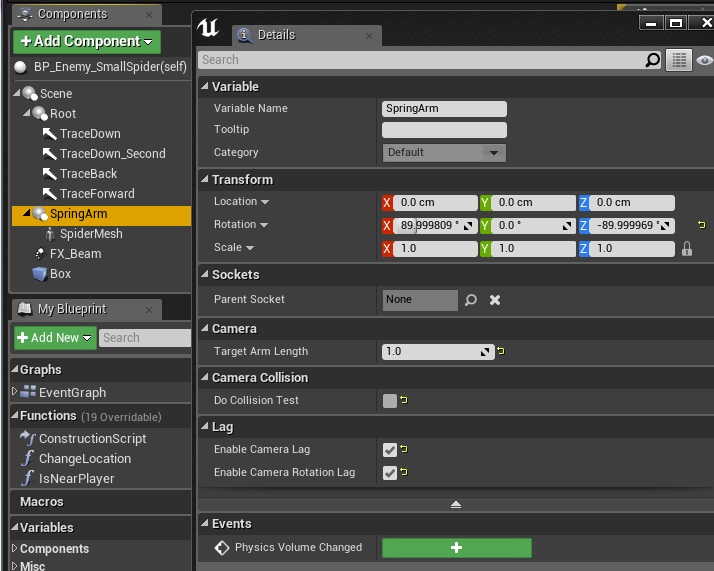 Spring Arm is used to interpolate mesh location and rotation because location / rotation of this actor is changing in tick. You could get weird results when tracing when it’s interpolating position/rotation.

It will be used for collisions with bullets. 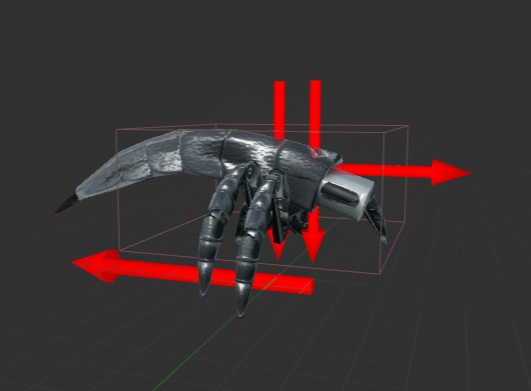 This function is critical for generating spider location and rotation. I would like to thanks Alexander Tsekhansky and Krystian Komisarek for big help with creating this!

Now let’s go to Event Graph and create some events.

Spider will move always forward. You could replace this with spline movement or make path. This is the simplest way for me.

And now the most important event – Tick where everything is happening.

It have 4 traces – for easier reading separated screens:

So basically spider is checking if wall is in front of him – if yes move toward the wall. He is checking if floor is above him if not find next rotation in ChangeLocation function.

Currently Spider will stop near player and play Attack animation.

This is activating beam particle and select end point for beam.

To stop the particle.

This is actually dealing damage to player.

Now go to Attack animation and add this notify.

I have changed some things in beam particle. 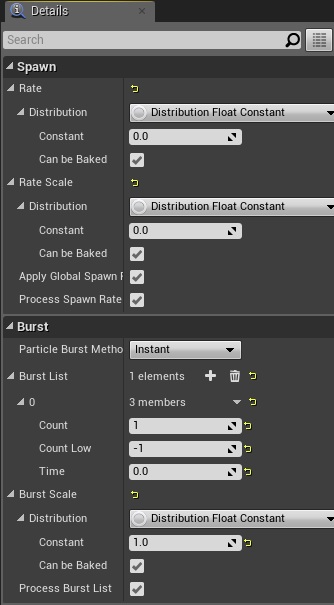 And I have activated light_flickering emitter which is performance killer but it’s looking nice. You need to assign this material into light_fickering: 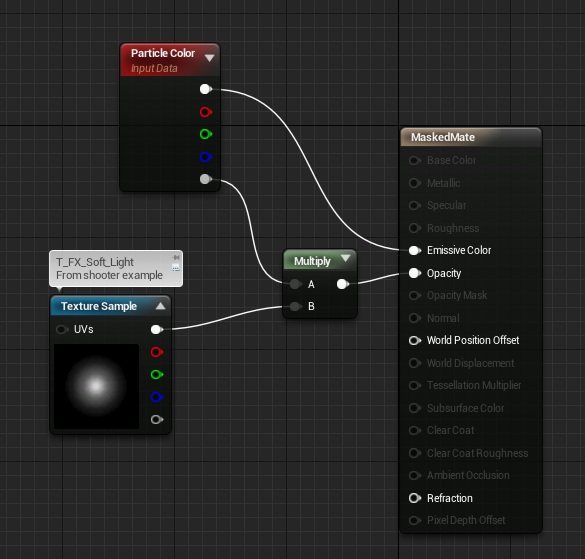 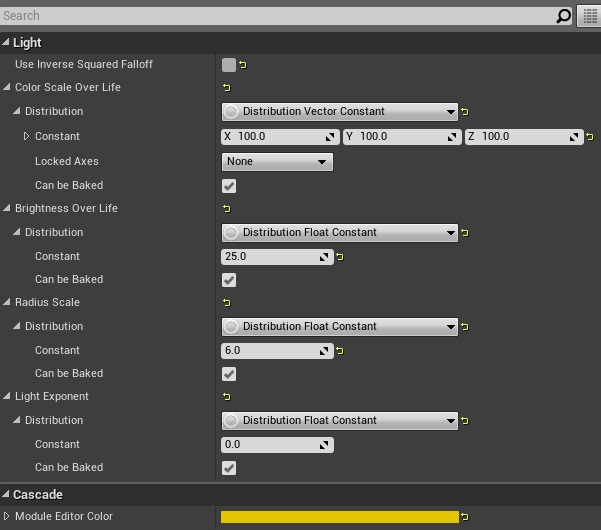 Still in the light_fickering emitter:

And that’s all for the particle!

Basically spider should be easy to kill and should explode after kill.

Create new Blueprint extending from Actor named SmallSpider_Explosion. If you downloaded spider you should get sliced spider static meshes. Add them to this blueprint. 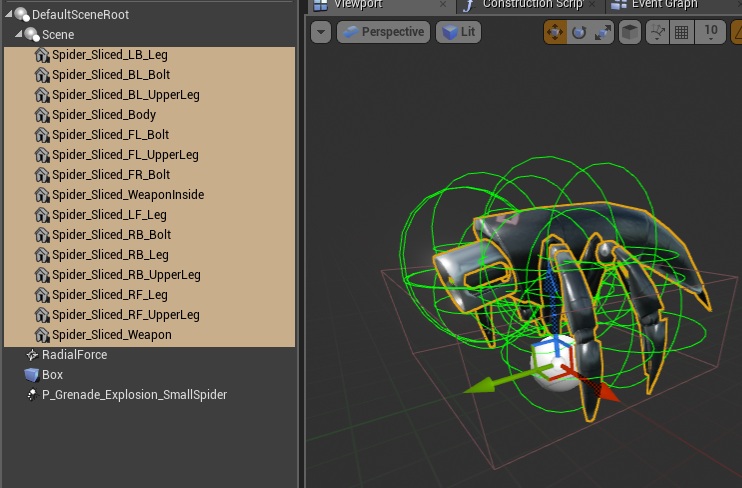 And here’s theirs properties: 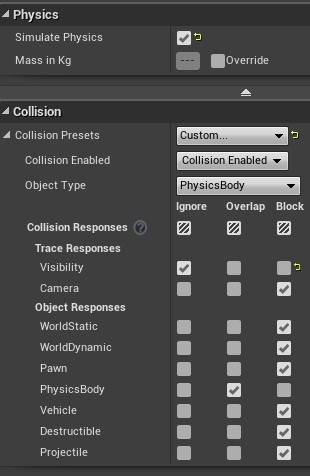 Last thing is to implement Take Damage events from interface on Spider Blueprint.

This will spawn explosion and update health.

This tutorial is bad example of Object Oriented Programming. We cannot extend from BP_BaseEnemy because CharacterMovement component is causing issues with spider movement, and we needed to copy lot of functions we had in BP_BaseEnemy. Using OOP is not always good approach.