This time I will focus on another requested tutorial about RTS camera movement and unit movement. In this tutorial I will create:

Remember – you can always request tutorial!

I only shipped one kind-of-RTS game (Artist Colony iOS) so I don’t have to much experience with RTS games.

The main challenge here is to prepare proper communication with spectator (camera), HUD and Controller. It’s complicated and easier to accomplish using C++ but I will use Blueprints as requested.

Let’s start by creating interfaces that will help us with communication.

With one Vector input named Location.

It will be used to tell units where to go.

Create another Blueprint Interface named InputInterface. It will be responsible for communicating other classes (eg. HUD) about the input. Open it and add new functions:

It will be called each time we start to click.

Will be called when we are moving our mouse after while holding RMB.  (RMB = Right Mouse Button)

With one float input named HoldTime.

Will be called after releasing RMB.

Create another Blueprint Interface named SelectionInterface. It will be responsible for communicating select/deselect of units. Open it and add new functions:

Will be called when we should select an unit.

Called when unit should be deselected.

Next step is to create some helping Enums.

It will be used to choose in which direction we are scrolling camera.

Create another Enum named EInputType with these:

This will store state of input. For example when player is scrolling it will be set to Scroll.

Now we need to configure our project.

Add new Trace Channel named CamScroll. It should be set to Ignore as default.

When dealing with RTS camera movement we need to do some line traces from mouse to the ground. Creating new Trace Channel for this will be helpful as we will only use this channel to check the ground.

Now in your level place BlockingVolume which should imitate ground. Make sure you changed Collision preset to Custom and Block CamScroll. This way our line traces will work with this BlockingVolume. By default this volume is really small and should be scaled up on X and Y. 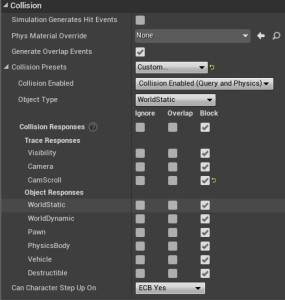 I have found that scaling sometimes create weird behaviors with overlaps / hit events. 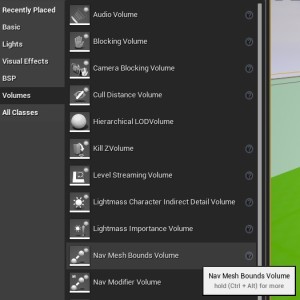 And make sure it is covering your level. You can show navigation when pressing “P” when in Editor or “Show Navigation” command when in game. You should have green ground like this: 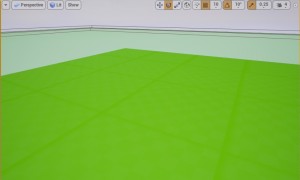 When ready go to Project Settings -> Input and add these Action Mappings:

And that’s all that need to be prepared.

For my opinion the best Pawn for dealing RTS camera movement is SpectatorPawn as it can be Possessed and don’t have any mesh. 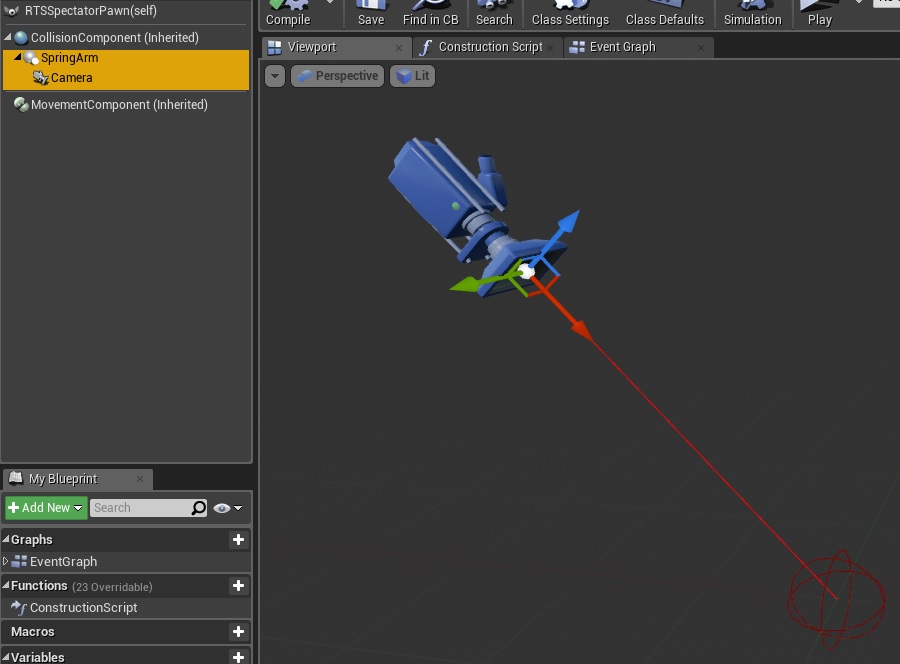 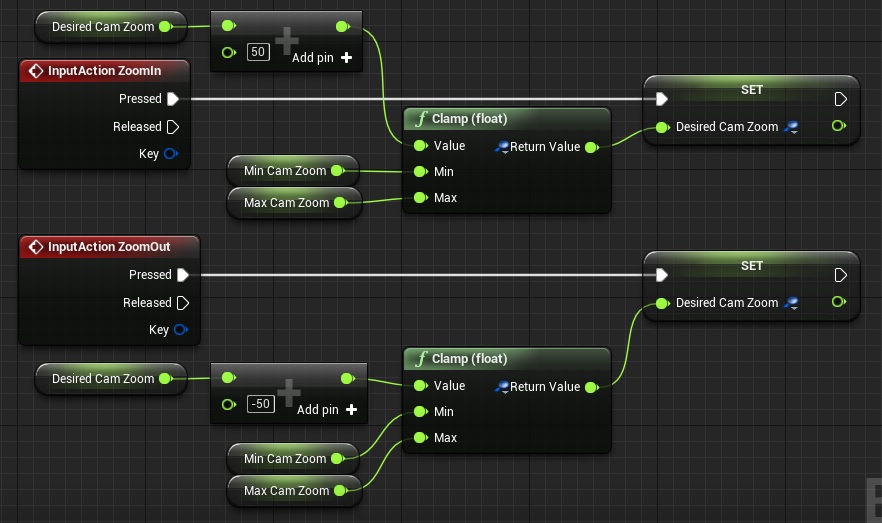 So basically we are decreasing and increasing DesiredCamZoom float value. Easy as that. Now we need to drive this value somehow.

This way we have simple zooming functionality.  Now we need to call this event in Tick:

Lot of variables. It’s easier to create in C++. 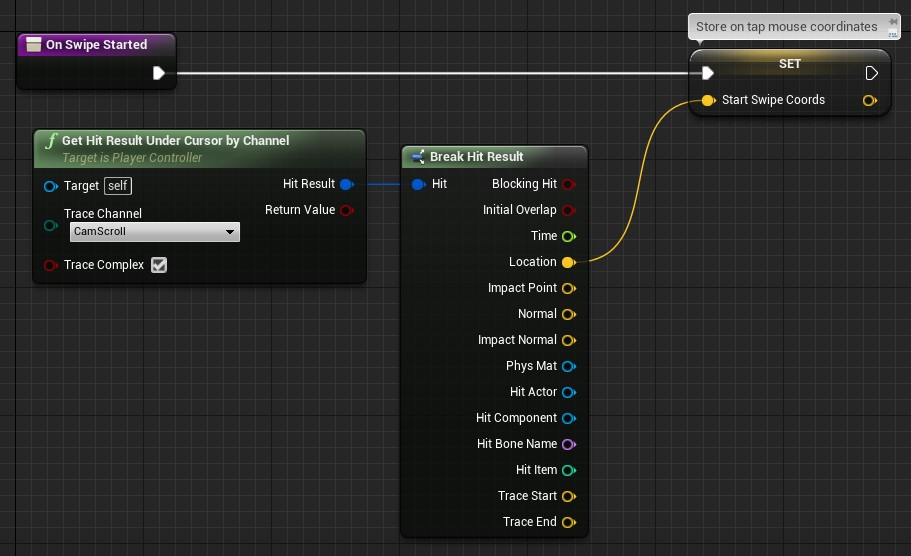 This will store hit location with CamScroll channel.

This function is adding and returning offset from starting vs current mouse position. Thanks to this we will be able to move our spectator pawn.

This function is responsible for letting know if we want to scroll the camera. 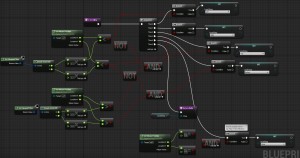 Doing such “IFS” in Blueprint isn’t the best way. In C++ you would have simple if statement with else if. That’s why it’s easier to do such stuff in C++.

This is basically checking if our mouse is near top/bottom/right/left corner and if yes – return ECameraScroll enum.

With one Output named Direction: Vector.

With IsScrolling function you can add movement input with some direction but I want to add some smoothing. This function is able to return direction based on mouse position rather than top/bottom/left/right side of screen. Thanks to this scrolling will be smoother.

This will actually scroll and move our camera. You can call this in Tick to check it out. Be sure your RTSSpectatorPawn is possessed by this controller.

This is responsible for swipe camera movement.

This is responsible for selecting units input.

It’s letting know HUD that we are holding mouse button.

It’s just updating accumulated time in MoveClickTime so we won’t move the units when trying to move camera.

Now everything need to be called in Tick:

This is creating 2×2 grid (just for testing) and calling MoveToMouseLoc interface on SelectedPawn. Which will be null for now but this will change in a sec.

Create new Blueprint extending from HUD named RTSHud. Make sure it is set in your GameMode as default HUD.

Open it and make sure it implements InputInterface! When ready add those variables:

Those should be self explanatory.

This is for debug – drawing selection box so you can check if it’s working correctly.

Look at Get Actors in Selection Rectangle function. It will return all actors in box selection that I’m doing. After that I’m just checking if the actors implements Selection Interface and call Selection Gained on Them.

That’s all in HUD!

When ready add new static mesh component named SelectionMesh. Make sure visibility is set to False. It’s just debug mesh that will be visible when this Pawn will be selected. 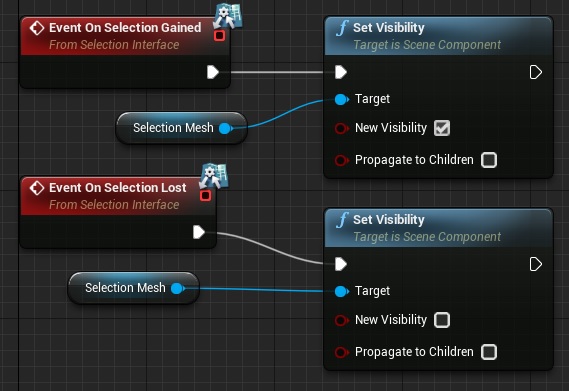 This should be place when you want to change material / add mesh when unit is selected – or maybe show some UMG widget. It depends on you and your game.

And that’s all! If you like you can select CharacterMovement component and enable RVOAvoidance.