Every game should have analytics. You need to know your players and make a game that they love. Analytics will help you a lot. In ShooterTutorial example I would like to know:

I will show you how quickly you can implement analytics in your game and in ShooterTutorial. We have great times for indie developers now.

I used many analytics backends in my work. For Unreal Engine 4 I was searching for something that is cross platform. Currently there is only one cross platform UE4 plugin that let you quickly add analytics using Blueprints. Created by fellow developers GameDNA from Poland.

Yes – it’s not free. I know that you guys are blaming me that I’m using premium assets. I want to support indie developers as I’m somehow indie as well. Another thing is that I haven’t found any free alternative.

BUT seriously 40$ for such plugin is cheap. You can spend weeks implementing your own backend for analytics. Buying this plugin will save you a lot of time and you will get source as well. Totally recommended. It’s working out of the box and it’s really easy to use it in Blueprints.

Make sure you have changed your DefaultEngine.ini to use GoogleAnalytics with your site: 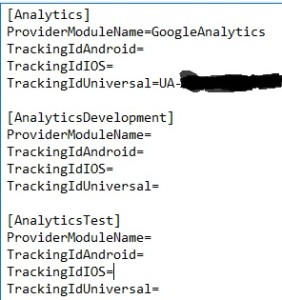 If you have plugin enabled you will have two new nodes:

One is for tracking where is player. (menu, ingame, main menu, settings etc) Second one is to send custom data. Yes only two new nodes which will give you a lot.

First let’s track where is player. Thanks to Google I will be able to know how much time player spend in settings screen and where he goes after that. Make sure you are using Record Google Screen in places valuable for you. My list of screens:

Just use Record Google Screen node with those names. You can call this node whenever you like. In UMG, in Level Blueprint or in GameMode/GameState/GameInstance. I don’t think I need to show you guys where to put them. It’s easy to find those places. Try to make it by yourself.

I have played couple of times to check how many data Google can give me.

Behavior is updating with one day lag but it’s really great! 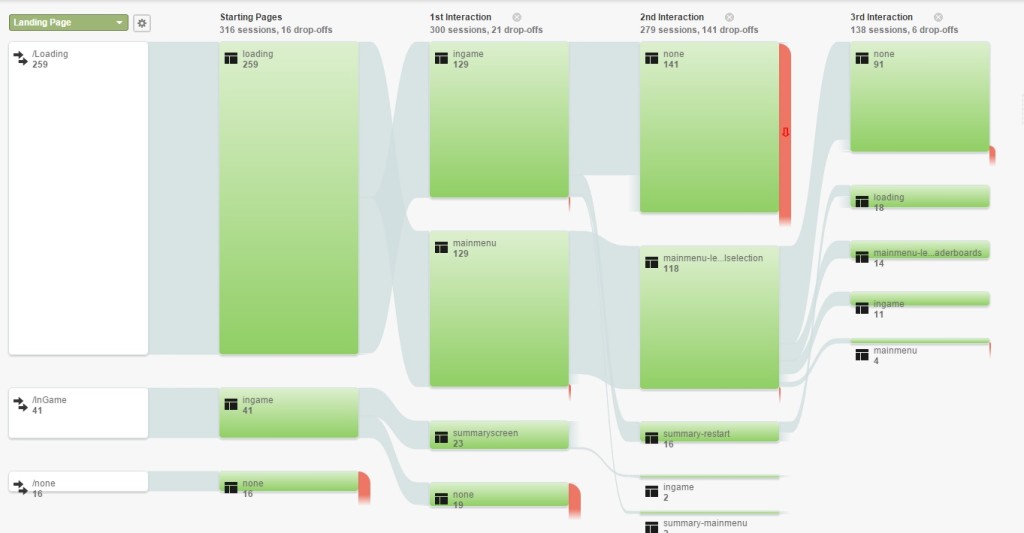 I can see exactly where players goes and I can go even further:

Which gives me a lot of data to think about.

I can check what people are doing at Summary Screen:

Do to this simply filter out the data:

So I was restarting game from summary more often than watching leaderboards.

Basically thanks to Record Screen you can track player and get data about:

This is giving you a lot of information about what’s player doing in your game.

How players are playing

Next step is to send some custom data. Let’s first focus on Summary Screen, which can be called End Game.

I have created AnalyticsComponent which will send me End Game data. Rest of the data are so custom that can be called directly from specific blueprints.

Yes you will have a lot of wires to get the data from.

I’m using one Category called GameEnded it will be easier to filter data later.

Thanks to RecordGameEnded I can get tons of data: 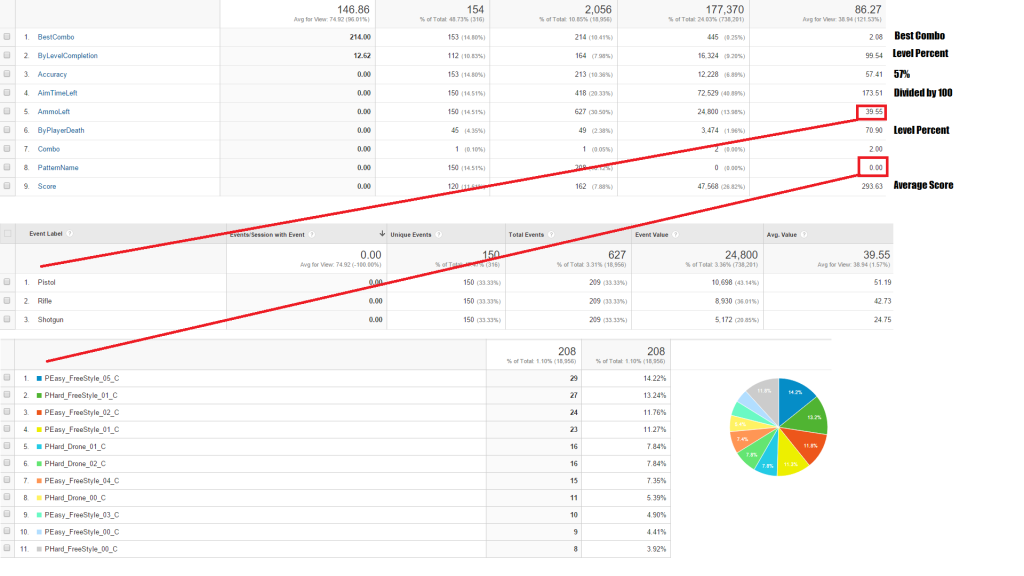 Thanks to this I know that I was playing using pistol as ammo left for different weapons are near maximum ammo in the game. I wasn’t using aim mode a lot as well.

I can check if player complete level or dies:

Hope you get the point. Gather all data that’s needed. First ask yourself what kind of things you need to know about players when they end the level.

Next category that I have created is EnemyDead, called in BP_BaseWeapon when enemy is dying.

I know which enemies are being killed. Currently there is a lot of drones in game as you can see from Analytics.

Next I’m checking which weapon was used to kill enemy:

When it comes to EnemyDead I’m storing death body hits as well. To see how players are aiming:

I’m storing hits on taking damage as well. Not only when enemy dies. I have created EnemyHit category with the same data, but for every enemy. Label here is enemy name.

Lot of wires which can’t be easily fixed. There is to much data to send.

Thanks to this I can see each enemy (Rage, Trooper, Drone etc) and check which body part it was shoot at:

Hope you get the point 🙂

The same thing goes with player. I want to know which enemies are hitting / killing player.

And which enemy is causing damage:

I can see damage taken:

Thanks to that I can rebalance enemies damages.

Another thing that I’m tracking is some weapons data. It’s in Weapons category which is storing:

Again – pistol is mostly used gun by me. Not anymore 😉

Thanks to Reload I’m able to see if player is taking damage when reloading.

And last thing to track for me is Aim. I want to know if people are using it and how.

And basically that’s all data I will track for now. I’m still learning Google Analytics and what’s the best way to get the data. As always take your time!

By using Google Analytics you can get even more data. For example: 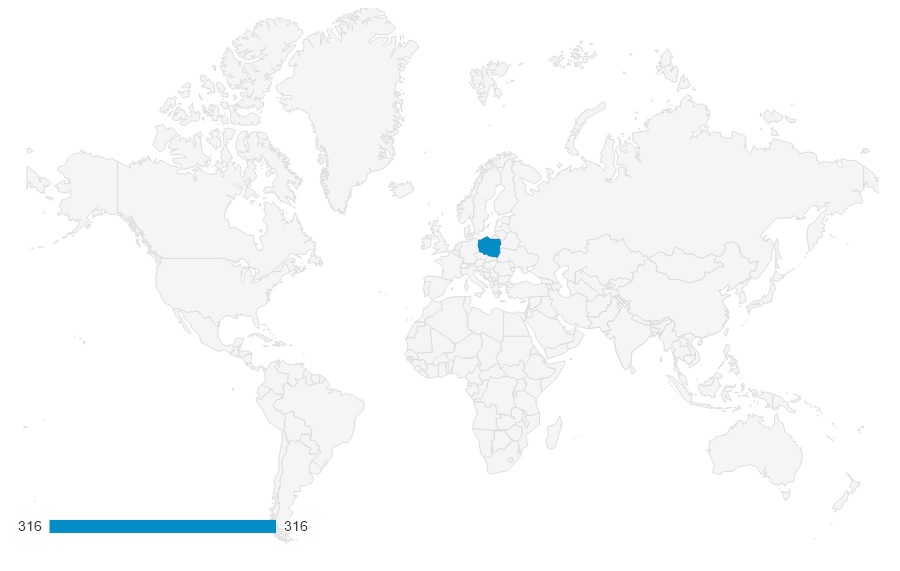 For now all data is from me but this will change during closed prototype tests.

You should learn how to use analytics and make your games even better. Remember – always rethink how to send the data so they will give you answers not questions. Iterate this process as I will during first demo.