This post is important because it will cover Unreal Engine 4 streaming system which is powerful and everyone should learn how to use it.

In this Tutorial I will show you guys how to create in-game loading screen using streaming.

I think that streaming was added to Unreal Engine because of the big teams pipeline. Streaming can separate your maps so more people will be able to work on project in the same time.

For example let’s assume that you have one map with 3 rooms. What you can do is:

Thanks to this lot of people can work on one level without need to wait for others. As far I can know this is typical for games created in Unreal Engine. Lot of my friends used this method.

Another thing is memory – if you are working with streaming enabled you could unload whole room if not visible for player.

If you are working alone you still should use streaming to learn the pipeline. Then in team you will know what to do 😉

In the meantime I have created simple MainMenu level. Try to create one too.

So basically I have 3 maps: 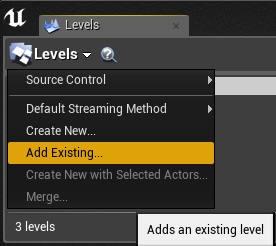 And add MainMenu and MainMenu_Armory maps.

Make sure all maps have streaming method: Blueprint.

There is couple of things you need to know when working in Streaming.

First and most important is which is current level? If I place new Actor to which level it will be added?

Open Window -> Levels and double click on level which should be active. It will be marked as blue.

I know that this is easy but I have seen lot of people forgetting about this and placing lot of meshes / actors to persistent level.

Another thing is MainMenu_P – which is persistent – that means it will be always loaded. Don’t put your content there. In this tutorial I will use MainMenu_P for loading screen adding one actor and one particle but don’t try to put whole level in there.

How you will know which actor is in which level? Just use Outliner. 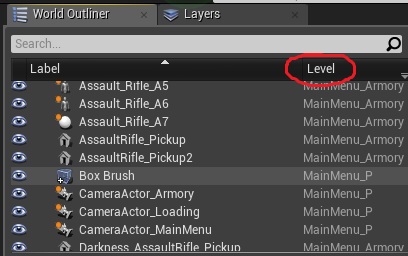 Thanks to this you can select all actors in MainMenu_Armory and move it right to MainMenu. In this example location 0, 0, 0 will be used for loading so rest actors should be away from center world location.

In Main menu we will use different GameMode with different settings:

Open MenuGameState and add those dispatchers:

Game State will be responsible for the whole loop.

In this video you can see the settings and hierarchy:

Now open your event graph and add those variables:

This is basically showing Press Any Key text and hiding Throbber.

Construct and bindings from Game State:

This looks complicated because I’m using UnBind functions without them it’s really simple. I have learned that before Removing Widget it’s recommended to unbind all bindings to prevent crashes when opening new levels. 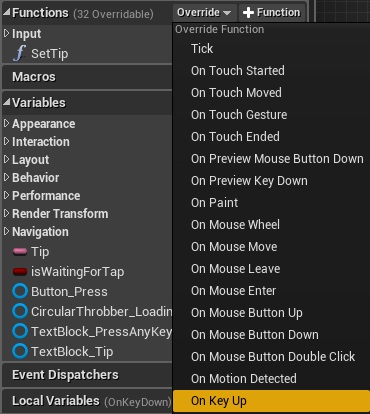 Each time we will use a key this function will popup.

So if we know that loading was completed (isWaitingForTap bool) we can call OnPressed.

USEFUL TIP: Key functions will only trigger when Input Mode is set to UI Only and widget is connected to Widget To Focus. Will show that later in  this Tutorial.

Open your MainMenu_P and add to the scene: 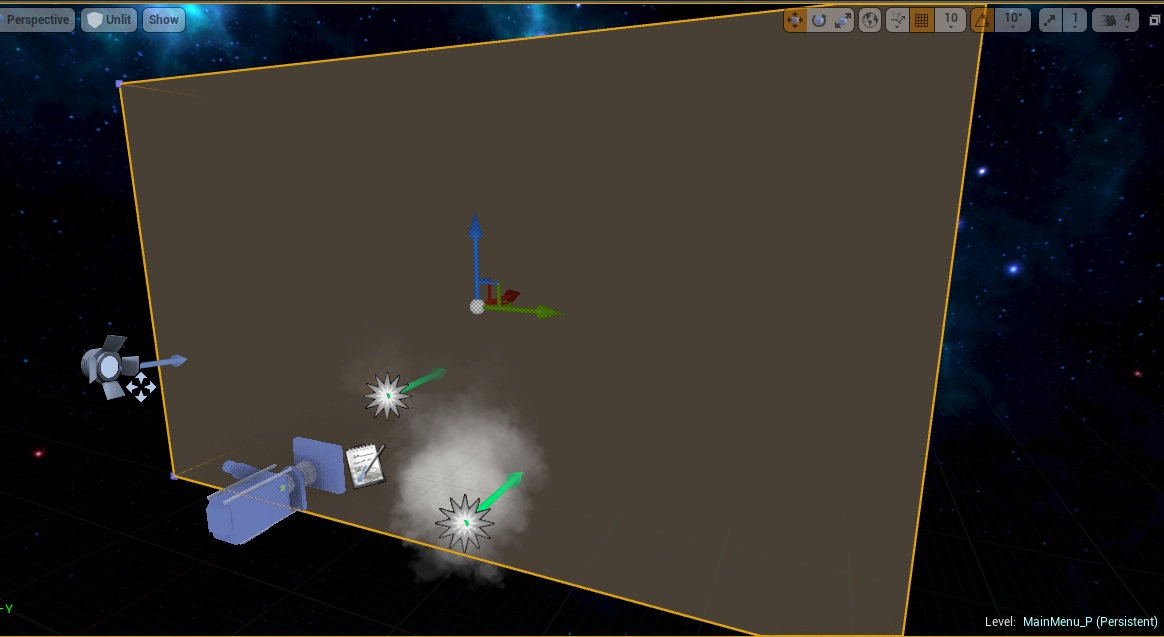 This is basically taking random tip actor from TipActors -> spawning it -> let GameState know that Tip Actor was spawned. So UMG will get this dispatcher.

Here should be all of your streaming levels you want to load during loading. After loading we are letting Game State know calling OnLevelCompleted.

Now in Begin Play we need to set view to loading camera and bind event OnPressedKey to change the camera.

And that’s all in Level Blueprint. Make sure your sublevels aren’t changing camera on Begin Play.

Without Input Mode UIONly and In Widget To Focus – widget won’t get Key events.