I’m getting back to ShooterTutorial initiative after Epic Mega Jam and I get request about running voice overs with subtitles. (yes you can request tutorials! just comment or contact me)

So in this quick UE4 Tip I will create blueprint to show subtitles.

Basically this won’t be great subtitles system (which can be done in C++) but it should be enough for small projects.

First of all you should think the methods of showing subtitles in your game:

What I will do is to create Actor that stores VO and Subtitles for some sequence and by spawning the Actor it will be activated. It’s really simple.

Start by creating new Structure named SubtitleInfo which will have:

Create new widget named Debug_Subtitles. Open it and add Text from Palette.  Be sure “Is variable” is set and Auto Wrap Text is set as well.

Go to Graph Editor and add those variables:

Be sure that Text that you have added is binded to CurrentSubtitle string. 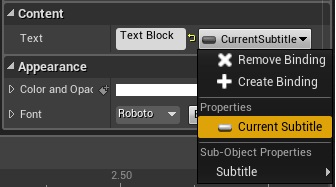 This is basically iterating for all characters and displaying them one by one creating nice animation: 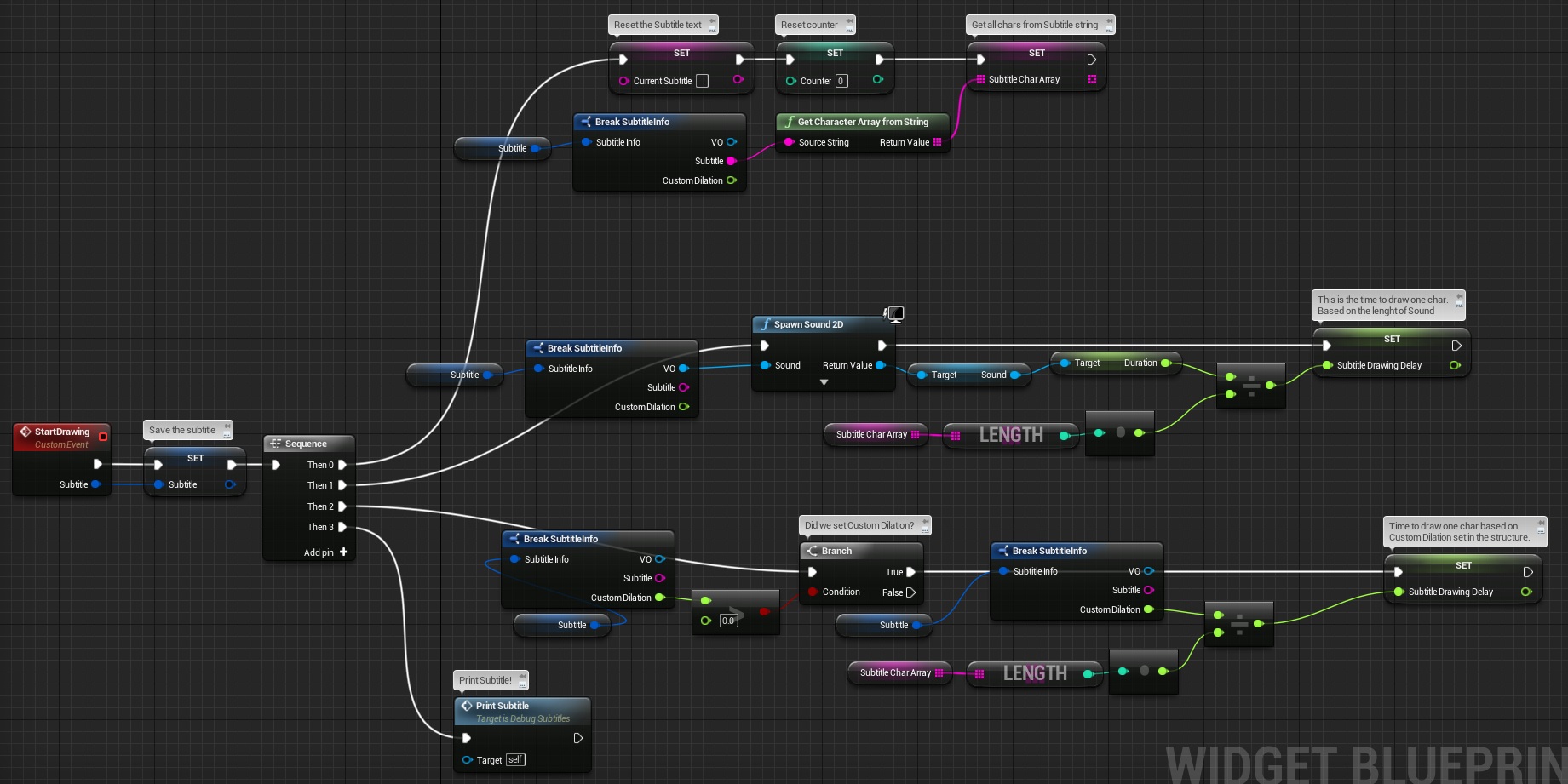 As you can see this is setting up variables that will be used in PrintSubtitle event. That’s all in UMG!

Create new Blueprint based on Actor named SubtitlesActor and add those variables: 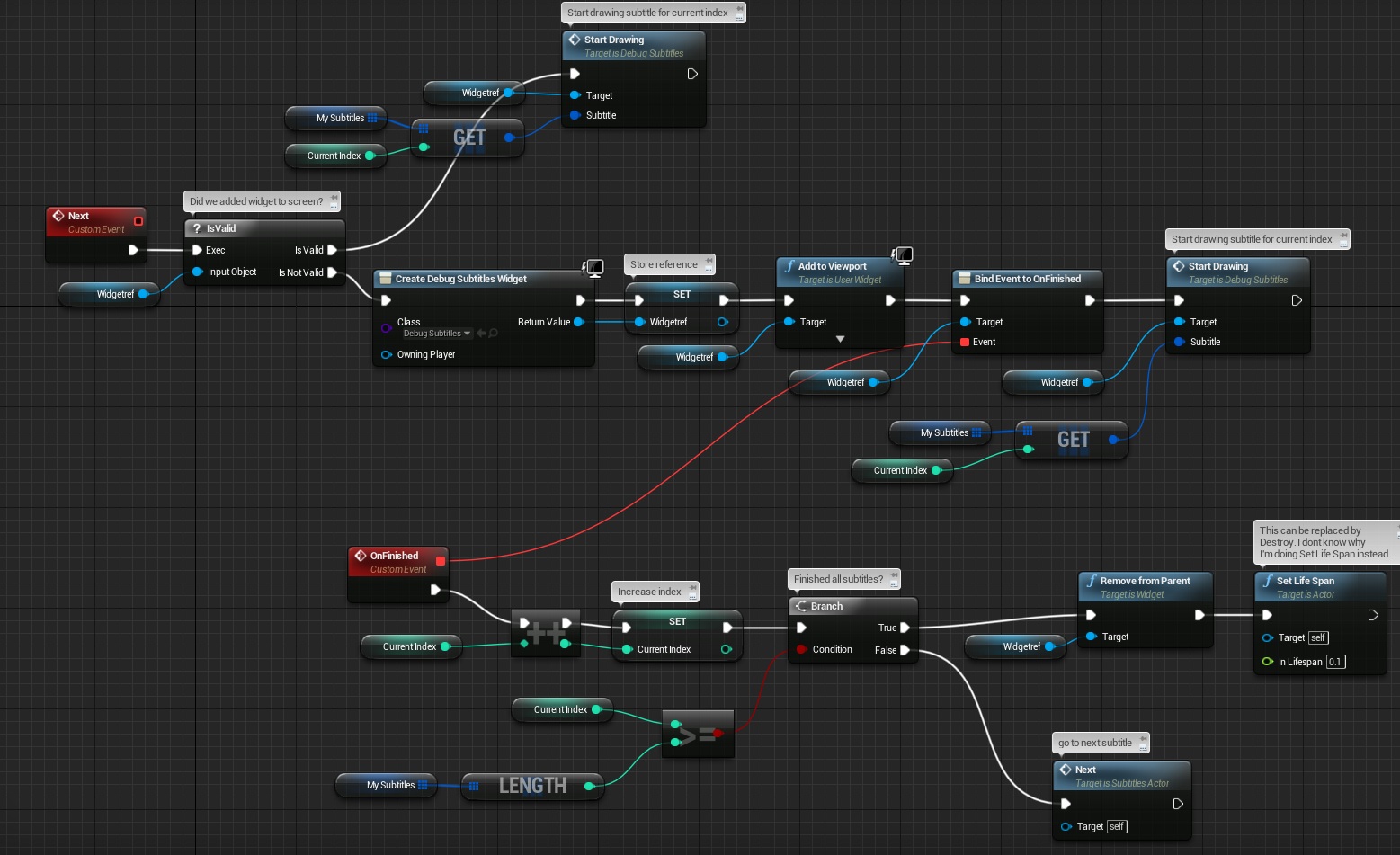 Last thing to do here is to create another custom event named PlaySubtitle which will call Next event, and that’s all!

What you can do is to extend from the base subtitle actor and set your Subtitle Info structure, then just spawn the actor or set it up without creating new actor.

The best way to test it our is to open your level blueprint and add this:

I have used those sounds for test:

Hope it will be helpful for you guys!

3 thoughts on “Run Voice Over with Subtitles”