In this post I will focus on creating another UMG widget which will:

In last post I’ve showed how to use events to drive data to UMG, this time I will use UMG bindings to drive data to widgets. It’s less optimised because when binding to functions they will tick all the time but it’s great UMG feature which you should definitely use!

Now in Graph add those variables:

Go back to designer and select your TextBlock_AmmoInMag. Create new binding.

By default function will have name like GetText_0 or something. Rename it to GetText_AmmoInMag. Here’s the function: 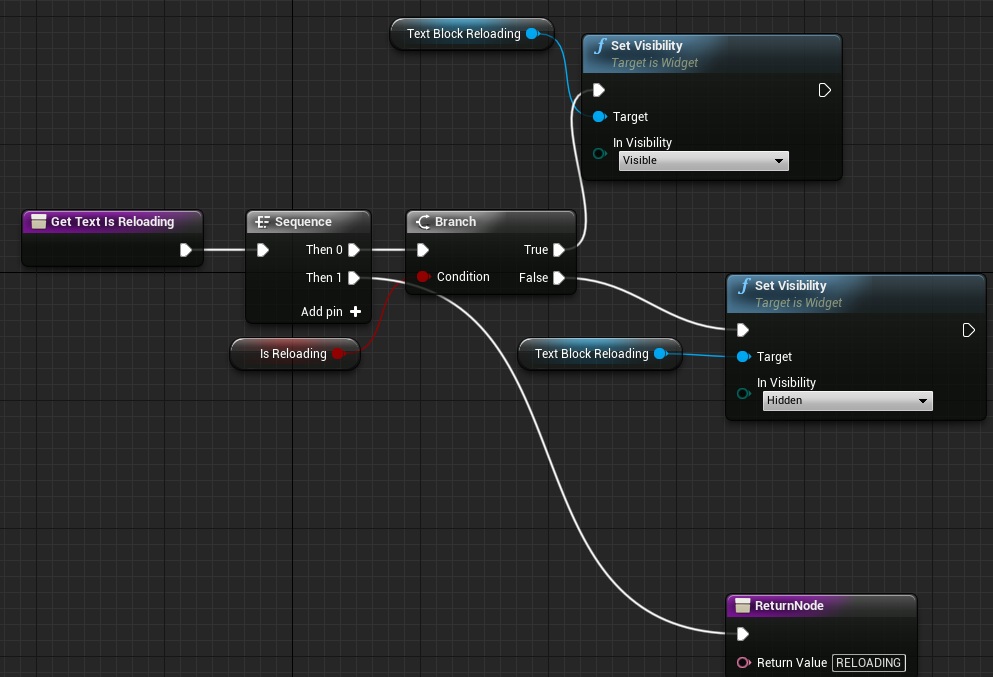 Basically you can bind almost everything in UMG. This feature is really powerful if you have references for your data.

On event construct we need to play Reloading Animation.

And that’s all for the Widget!

Open GameplayCharacter and add Widget Component named HUD_WeaponInfo . It should be attached to Camera->FPPMesh->SpringArm as in earlier post. Here’s the widget properties:

Now we need to set CurrentWeaponRef in this widget and update isReloading.

In the end of this function – you can use sequence let’s set current weapon in widget.

So we will have one event to update the hud and it will be called from other places. 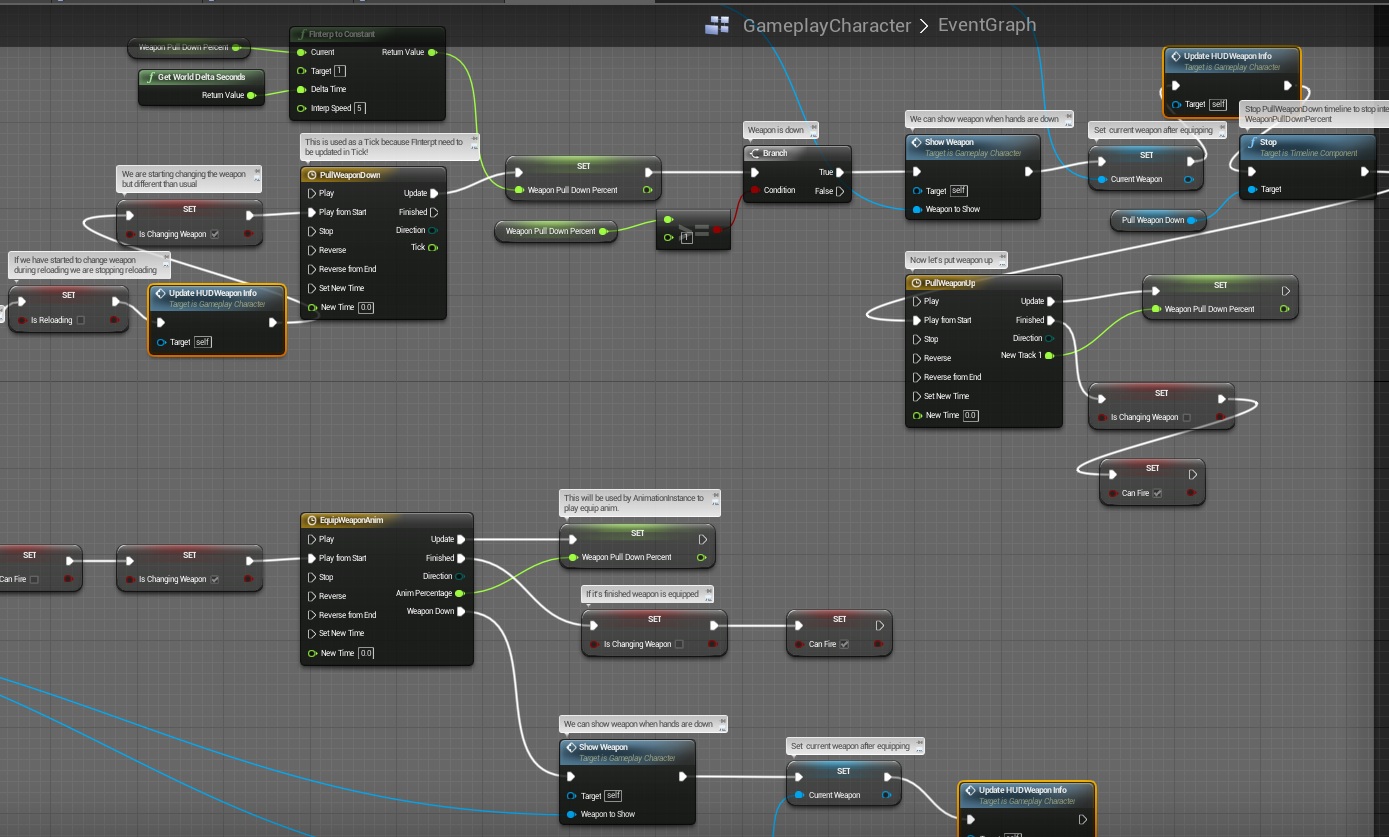 It would be much easier if we will store isReloading in BP_MainWeapon but it will be too much change for me at this point.